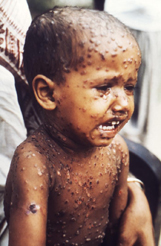 Back to Infectious diseases
The following links have visual effect only